Below is South Africa, located (as the name in suggests) in the southern tip of Africa. One of the most industrialized and rapidly growing countries in the world, it has a population of over 57 million. The capital is Cape town and the largest city is Johannesburg. There are a bevy of languages spoken in South Africa with the main languages being  Afrikaans and English but also have, many tribal languages like Zulu and Xhosa. Over 80% of the people identify as Christian. 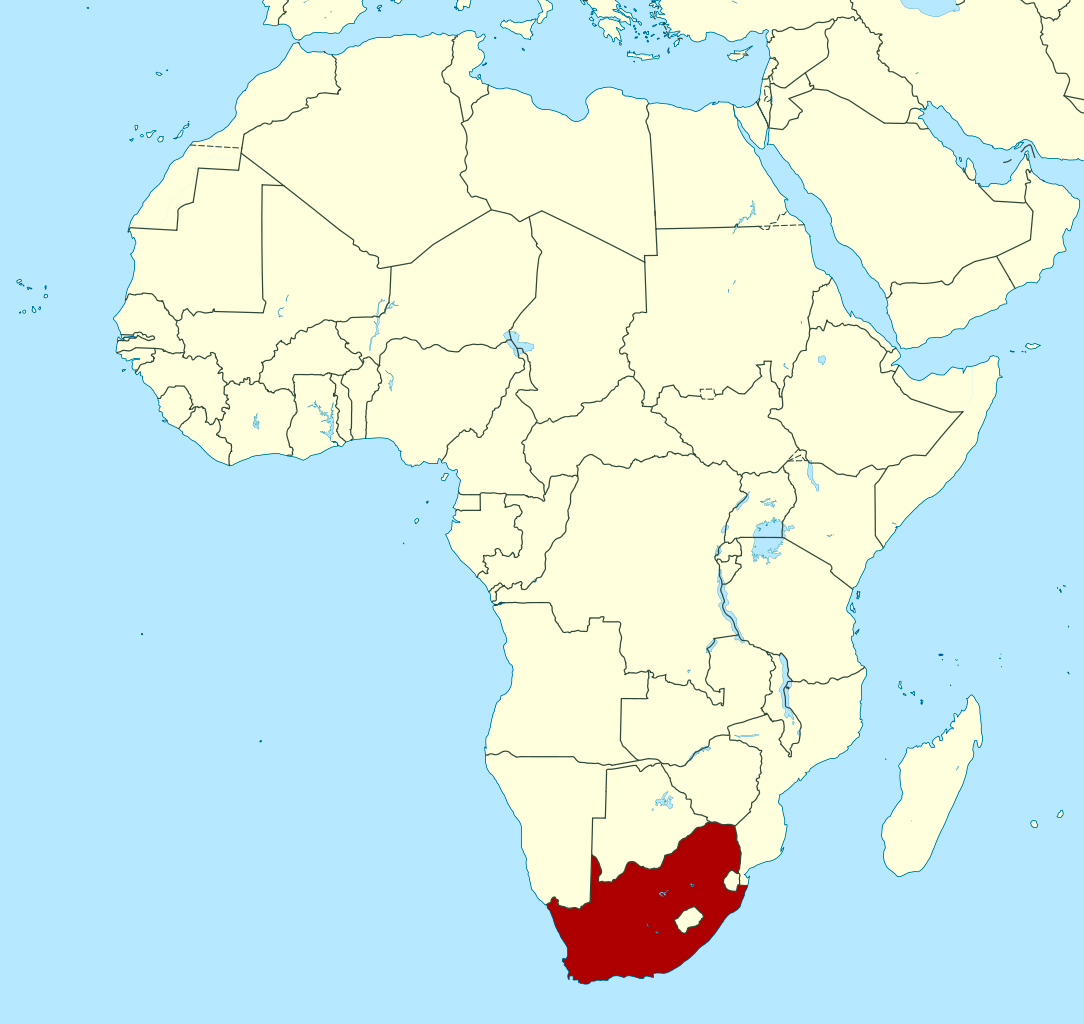 As is indicated by this graphical depiction of the foreign direct investment inflow of South Africa, we can observe that the country has had some ups and downs, in terms of foreign investment in the country’s industry. The minimum value on this graph (-0.8%) occurs in the year 1985, with a subsequent rise back to “normal” levels around 1995. This coincides with the major attention and backlash South Africa was receiving throughout the 1980s due to the systematic oppression of black South Africans through apartheid. The conclusion can be drawn that this drop in foreign direct investment inflow was a consequence of both widespread violence and uprisings, almost to the point of an outbreak of a civil war, of black South Africans who became fed up with the oppressive government and society; as well increasing negative opinions on the country’s apartheid state due to rising progressivism. Another peak in foreign direct investment inflow can be observed during the year 2005. It can be inferred that the investment spiked, reaching a maximum, in preparation of the 2010 FIFA World Cup, which was held in the South African cities of Cape Town, Port Elizabeth, Johannesburg, Durban, Pretoria, Bloemfontein, Polokwane, Nelspruit, and Rustenburg. The primary foreign investors in the country are China and Germany; contributing about 18.3% and 11.9%, respectively; with automobile companies such as Beijing Automotive Industry and BMW investing heavily. However, foreign companies and governments are hesitant to invest in South Africa due to “a high crime rate, increasing social unrest (strikes and demonstrations), high levels of corruption, and structural issues in electricity supply and logistics.”

The charts below summarize surveys taken on the attitudes of globalization in South Africa. The first chart represents the questions “What do you think about the growing trade and business ties between South Africa and other countries?” and “When foreign companies buy South African companies is it very good, somewhat good, somewhat bad, or very bad?” The second chart represents the question, “Does trade with other countries lead to job creation, job loss, or no difference in South Africa?” After looking at the charts and the data that they give us, we can conclude that South Africa’s attitude toward globalization is more positive and it allows them to create new jobs. Internet usage and access is one of the most important indicators in measuring the extent to which a country has become “globalized”. The internet allows humans to be more connected through technology and acts as a pathway into other countries. Internet usage is also indicative to the educational abilities for students and the young. It also is indicative of where you live and your standard of living. Poorer, more rural areas around the world tend to have dilapidated Wi-Fi infrastructure and less access to the internet when compared to more affluent suburban/urban areas. South Africa has made ardent strides towards increasing usage thus putting themselves in lockstep with the globalization trends. The second graph measures total amount of internet servers within the country. In this realm South Africa has shot through the roof. From 2016-2019 alone South Africa added close to 800,000 secure internet servers, meaning the government is investing in making sure more south Africans are connected and have access to it. In 2019 the number of servers was 840, 493, up by alot compared to 2010 which only saw 2,667 servers in the country. Tourism presents himself as a good indicator for globalization because it tracks how much movement there is of people from different countries. This means that people are spending their money in international markets. With 2018 having over 10 million people entering. Countries experience higher amounts of tourism if they have stable political system, a healthy economy, and of course attractions. Countries who experience this have a higher chance of attracting people to their country and continues the process of globalization

The first graph shows the amount of people which enter the country with 2018 showing the highest year at over 10 million people. Overall flight patterns and flight numbers can show us a little about the flow of populations in and out of South Africa and the general trend as been an overall increase over the decades. Specifically from 1998 to 2018 we see an increase by close to twofold.

The second graph is much more suggestive of the globalization trend. This graph from the world bank shows the over all increase in the amount of U.S. dollars spent in South Africa because of tourism. 2011 was the peak year with almost 8.4 billion dollars. In the short term there has been a short down turn but that can be attributed to economic crisis and other factors. However there is generally an upward trend meaning that more and more of South Africa is getting more globalized, especially when considering that U.S. dollars spent in 2002 was only 2.2 billion. Captures perceptions of the extent to which agents have confidence in and abide by the rules of society, and in particular the quality of contract enforcement, property rights, the police, and the courts, as well as the likelihood of crime and violence. Data is displayed as a percentile ranking against all other countries in the world.

The data below represents terrorism in South Africa. The line chart shows the number of incidents that has occur in South Africa from 1970 to 2016. As you can see from the graph that there was a large spike in terrorism in South Africa from 1980’s to 1995. The pie chart represents the targets of terrorist attacks since the 1970’s. The pie chart shows that the most terrorism targets are private civilians since there has been 523 attacks on private citizens. The second most targeted thing for terrorist attacks are the polices that the government has created. The data that is posted above represents market indicators in South America over the last 10 years.  The two subjects I was looking at were GDP (constant 2010 US$) and GDP growth (annual %).  There are a lot of citizens in South America, so this allows for a large market size.  There has not been much GDP growth since 2011 in South Africa so the market potential would not be high like the positive, large market size.

A. Incidents over time

The above line graph shows incidents over time with a large spike in the 80’s (this was of course when apartheid hostilities had spilled over into the streets through violent encounters). However we see a massive drop, almost to nothing in the 2000’s to a small resurgence starting in 2012/2013. Since 2018 there have been 2057 incidents of domestic terrorism. Above shows a bar chart which shows the distribution of these attacks bases on the target of the attacks. These include Airports, utilities and Food and water supply. The most prevalent organization which gets attacked out side private citizens is the police with 412 incidents alone.

Prevalence of Undernourishment and Population Living in Slums – Kasey

From the year 2010, undernourishment in South Africa has become more prevalent. The population of South Africans in urban areas that live in slums increased in 2016, but has since decreased slightly.

Upon the discovery of extensive gold and diamond deposits in South Africa in the second half of the 1800s, the country’s economy rapidly shifted away from an agriculturally-based market. However, “gold, more so than diamonds; revolutionized South Africa from an agricultural society to become the largest gold-producer in the world.” This new, revolutionized market sparked “extensive investment from foreign capital.” Despite heavy foreign investment in the Dutch-ruled nation’s precious metals in the later years of the 19th Century and the first half of the 20th Century, South Africa began to shift towards a predominantly manufacturing-based economy after the Second World War. However, foreign investment took a steep drop as apartheid became more widely covered by international media.

The systematic oppression and extermination of native South Africans, otherwise known as apartheid, is a key reason as to why South Africa continues to suffer from high levels of unemployment. Throughout the duration of apartheid, and even before, black South Africans suffered from systematic oppression; in which black education standards were too low to ensure future employment opportunities, many employers discriminated based on skin color, and legal measures were taken to ensure white dominance in executive positions. This all resulted in extremely disproportionate levels of unemployment and poverty, both of which were primarily not reported by the government, in the then-Dutch nation’s black homelands: until 1994 and 1995, when the new South African government “revised employment [and unemployment] statistics to incorporate into national accounts employment in the former black homelands–which were home to almost one-half of the black South African population.” This resulted in new unemployment statistics that were estimated to be around 32.6%, with unofficial estimates approaching 50% unemployment. 25 years have passed since then and South Africa’s unemployment remains quite high, with worsening unemployment rates for the total workforce and for women, in particular. With the total unemployment rate of South Africa gradually approaching 30%, and the female unemployment rate surpassing that value in the last year, the nation is trending in a negative direction.

Percentage of women in parliament-Dan Nahor

Interestingly enough the percentage of women in parliament in South Africa is high. It exists in the top ten of all the countries on the planet. In fact it has better representation then most liberal western nations. At 42% it nearly reaches the threshold of 50-50. Africa in general has very good representation which is shocking seeing as though Africa doesn’t do well regarding women’s rights and gender equality in society.